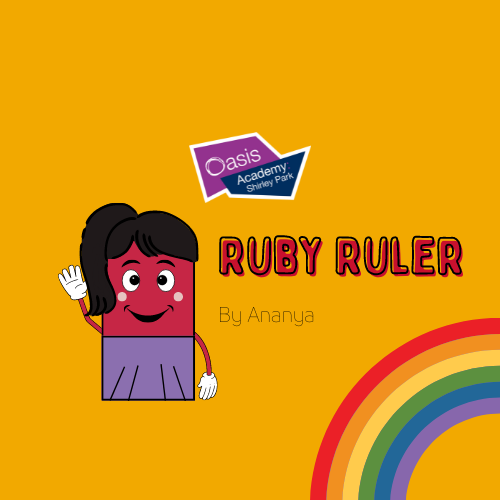 We are proud to present this short story produced by our year 5 primary pupil, Ananya. This lovely story is about friendship, bullying, and the Oasis 9 habits. You can read Ananya’s illustrated story below: 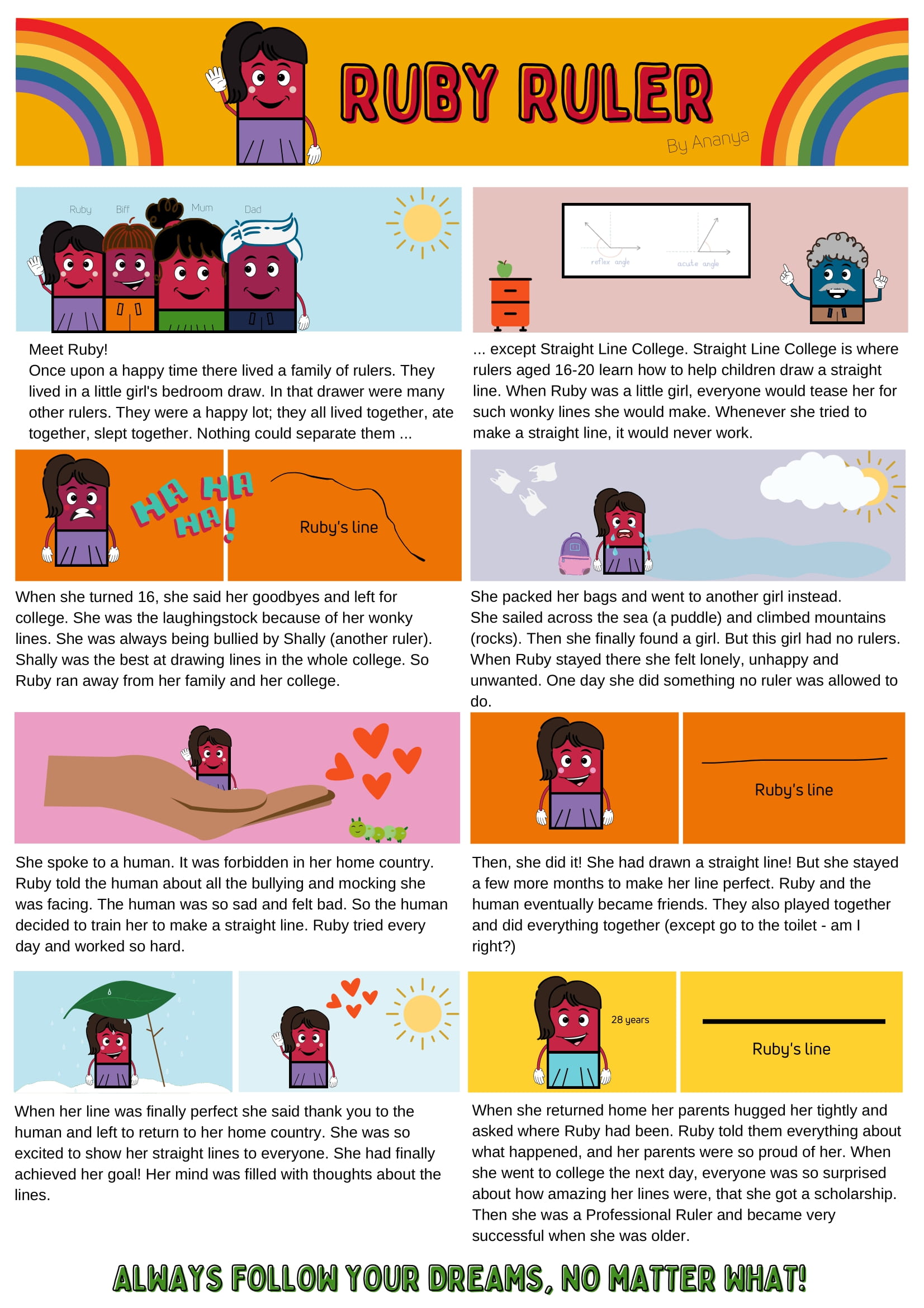 Meet Ruby!
Once upon a happy time there lived a family of rulers. They lived in a little girl's bedroom draw. In that drawer were many other rulers. They were a happy lot; they all lived together, ate together, slept together. Nothing could separate them...

When she turned 16, she said her goodbyes and left for college. She was the laughingstock because of her wonky lines. She was always being bullied by Shally (another ruler). Shally was the best at drawing lines in the whole college. So Ruby ran away from her family and her college.

She packed her bags and went to another girl instead. She sailed across the sea (a puddle) and climbed mountains (rocks). Then she finally found a girl. But this girl had no rulers. When Ruby stayed there she felt lonely, unhappy and unwanted. One day she did something no ruler was allowed to do.

She spoke to a human. It was forbidden in her home country. Ruby told the human about all the bullying and mocking she was facing. The human was so sad and felt bad. So the human decided to train her to make a straight line. Ruby tried every day and worked so hard.

Then, she did it! She had drawn a straight line! But she stayed a few more months to make her line perfect. Ruby and the human eventually became friends. They also played together and did everything together (except go to the toilet - am I right?)

When her line was finally perfect she said thank you to the human and left to return to her home country. She was so excited to show her straight lines to everyone. She had finally achieved her goal! Her mind was filled with thoughts about the lines.

When she returned home her parents hugged her tightly and asked where Ruby had been. Ruby told them everything about what happened, and her parents were so proud of her. When she went to college the next day, everyone was so surprised about how amazing her lines were, that she got a scholarship. Then she was a Professional Ruler and became very successful when she was older.